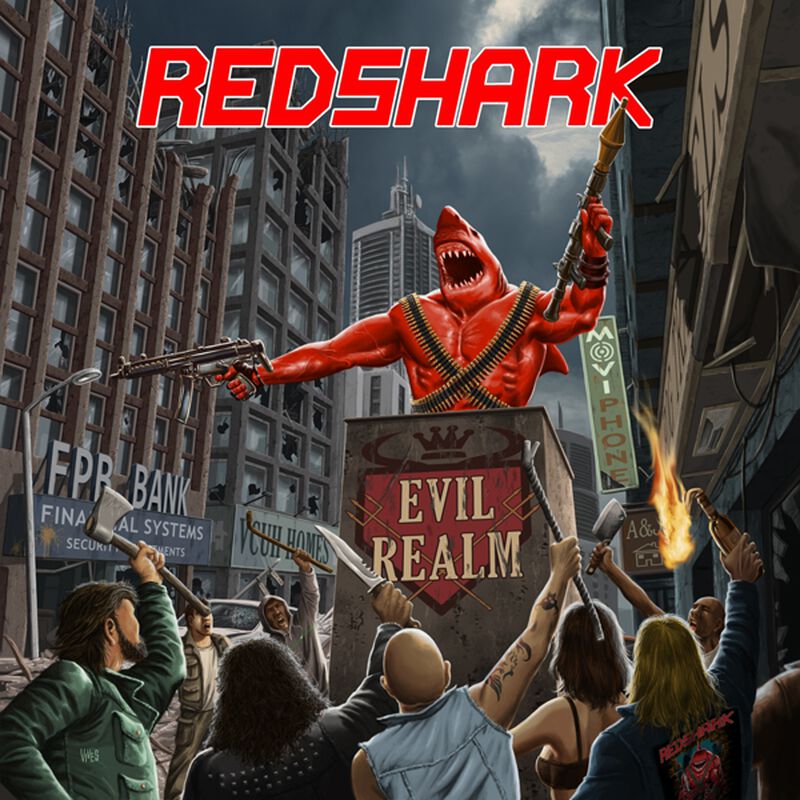 REDSHARK is a young Spanish Heavy Metal band, formed in 2012 in Barcelona. The band debuted with a “Lights Of Darkness” single, which was released in 2013. In 2016 REDSHARK released debut EP entitled “Rain Of Destruction” and another single, “Destroy What Destroys You”. Their latest release, the “Evil Realm” EP, was released in 2019. While many of the so called NWOTHM (what stands for New Wave Of Traditional Heavy Metal) acts follow the classic British Metal path, and the style immortalized by bands such as IRON MAIDEN and JUDAS PRIEST, REDSHARK presents a little bit different approach. Their style refers to both mentioned Classic Heavy Metal, but also Speed Metal heroes of the ‘80s, such as EXCITER or ABATTOIR. Iron Oxide Records is proud to present “Evil Realm (expanded edition)” which includes all 12 tracks which REDSHARK recorded between 2013 and 2019, freshly mastered by the Heavy Metal veteran Bart Gabriel.